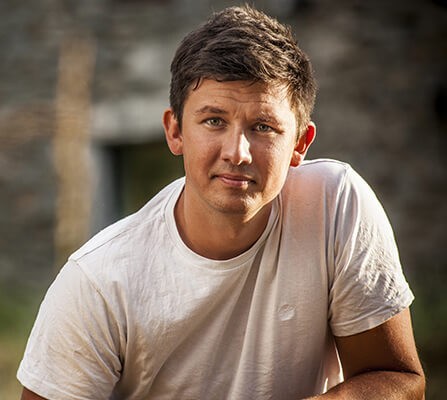 WHERE IT ALL STARTED....

My story started nearly ten years ago, when I was a student at the University of Copenhagen studying Biotechnology and Genetics. During my time there, I traveled around Africa working on projects to help people in the Zulu region who were afflicted with AIDS live longer lives (Acquired Immune Deficiency Syndrome).

I spent the most of my time in mobile clinics applying standard medical care. I noticed how the medications we were delivering actually led to the patients’ deteriorating conditions; even the drugs we would prescribe for other health issues and illnesses tended to have side effects that assisted in the development of AIDS.

This sparked an idea in me that led to the development of Endoca. This journey caused me to doubt everything I had learned at university, prompting me to begin searching for solutions that could restore our immune systems and health without causing side effects. During my research, I discovered that proper nutrition was the solution, and that a comprehensive natural vitamin and mineral routine could help people live normal lives.

GETTING TO KNOW CBD

I found an increasing movement in the United States, with thousands of people marching through the streets in support of legalizing cannabis. People were calling for the medicinal use of cannabis plants, claiming that it had helped them relieve their AIDS symptoms. So I went back to university to search for any cannabis-related publications I might find. Surprisingly, I discovered over 1000 articles on the subject during my journey.

I needed to know more, so I contacted and talked with professors and neurologists about the effects of cannabis, but no one knew anything about the topic. This piqued my interest and prompted me to wonder why the endocannabinoid system, one of the most essential processes in the body, which controls the immune system and influences sleep, was not taught to medical students. And why, despite the fact that there was a plethora of literature on the topic, was it not discussed in universities?

Cannabis wasn’t a big deal for me because it didn’t carry the stigma that many others did. I grew up in Denmark, where cannabis was widely tolerated by society; where, since 1970, a city named Christiania has openly sold cannabis in small shops. My embrace of cannabis was so ingrained that it was also in my family roots: my great grandparents grew hemp and were famous for supplying and pressing hemp seeds for neighboring farmers before the UN made it illegal globally.

After conducting research on the topic, I applied for a license in Denmark for the research and production of hemp with THC. I was curious about how cannabis developed and the various cannabinoids that existed inside it.

To give you some background, it is legal in Denmark to grow hemp for medicinal or research purposes. So the government took my application and passed it from one department to the next, always assuring me that I would receive a response soon. After a lengthy procedure and a great deal of waiting. I got the outcome of my application: it was unsuccessful. So, after two years of wasting time on applications, I took a different path.

Even though I was ineffective, the application process did have one advantage: my knowledge of cannabis was rapidly growing. I was also aware that the cannabis plant contained other non-psychoactive cannabinoids. This was producing far more positive results than the psychoactive nature of THC.

I began to study and experiment further by growing various varieties of hemp plants that contained little-to-no THC, allowing me to grow them without a license. Since 1997, it has been legal in Europe to grow hemp without THC, so this was my starting point, which led me to the cannabinoid CBD.

During my study, I spent hours sifting through university files, discovering studies from 1982 in which CBD was tested on epilepsy patients and yielded promising results. I continued to experiment, and I was able to breed a hemp variety that contained enough CBD while also containing all of the other macromolecules found in the original hemp plant.

As time passed, I became increasingly dissatisfied with Denmark’s social environment, and I saw how pharmaceutical firms collaborated with governments to discourage wonderful, harmless, natural cures for illnesses. The availability of a natural alternative to existing prescription drugs was restricted and regulated.

“I have always assumed that if anything can save a human life while causing no other damage, it is our duty as scientists to provide that option.”

THE TRAVEL TO ENDOCA....

I decided to open a free clinic in Denmark after gaining a broad understanding of genetics/science and compiling my own research into natural and traditional medicine. The clinic’s main goal was to start a conversation about natural medicine and allow the media to discuss alternative remedies that could save lives.

The focus on lifestyle medicine was at the core of the clinic. I wanted to show patients how to combine natural medicine with the medications they were already taking. In certain cases, natural herbs may also be used instead of pharmaceuticals.

As a result, people became more interested in learning more about hemp. Since the website and clinic were the only places in Denmark where the topic was addressed, an increasing number of people came specifically for this information. People began to ask for things, so I began giving away CBD hemp extracts and seeds so that people could make their own medicine. Patient testimonies and word-of-mouth referrals boosted the amount of patients who came as a result of the clinic’s effect and assistance.

“My mission was to help transform the world’s view of cannabis by making non-psychoactive cannabinoids widely available, disrupting the pharmaceutical industry’s strong hold.”

To expand my research capabilities, I began charging for hemp oil and used the proceeds to grow more hemp, build a high-tech lab, and purchase equipment that would ensure the highest quality product while also ensuring patient safety.

This was the start of Endoca. It was named after the endocannabinoid system, which is a vastly under-researched field of science and medicine, and it was specifically related to cannabinoids. I built a website and an online store that was the first of its kind in the world to sell CBD. The company’s main goal was to make non-psychoactive cannabinoids, primarily CBD, accessible to patients who wanted them all over the world.

No one chose to invest in CBD or something related to cannabis at the time. The plant had a big stigma attached to it: it was a controlled substance and therefore toxic. All I created was from the ground up, with funding provided by patients who were willing to pay for the products and saw that by doing so, they could help more people try our products. We could grow more, broaden our market, and raise awareness about the other side of cannabis, which the media and policymakers have often overlooked.

Today, we cultivate over 2000 acres of hemp on organic land, have developed a factory that meets pharmaceutical standards, and continue to prioritize patient safety. We make certain that the product is clean and safe to use, even for people who have a weak immune system.

We have expanded into a company of over 100 employees, and we are constantly working to improve the process from seed to finished product. We aspire to make CBD accessible and affordable around the world without sacrificing quality.

People are suffering from a wide range of health issues. What we do is develop a product that will benefit them. With our knowledge of cannabis and CBD, we have a moral obligation to make cannabinoids available to everyone around the world. One of our targets is to have CBD in people’s homes all over the world by 2030, and to make it a household staple like salt and garlic.

As we expand, we bring on local farmers and provide them with the know-how and equipment needed to grow hemp for Endoca. We want to convert millions of acres of non-organic farmland into organic farmland. This means that we can reform common agricultural practices and provide farmers with the means and land to assist them in making more environmentally friendly choices, thus having a significant positive effect on the global pollution crisis. 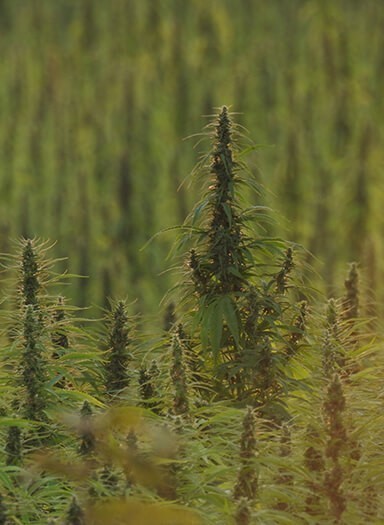